Moscow Dive Show 2023. News of the exhibition and an overview of the situation in Russia.


Hello, my friends! Georgy Zdanovsky, organizer of the Moscow Dive Show is here with you.

We have some news about the Moscow Dive Show 2023 (February 9-12, Gostiny Dvor) and fresh overview of the current situation in the Russian underwater and water activities industry that we have prepared on the basis of phone talks with the leading players of the market. That is what we want to share with you now.

No sooner had Gostiny Dvor closed its doors behind the water people in February, than a special military operation began. And the industry faced some kind of shock: dollar rate of asmuch as 120 rubles, sanctions and embargo, transport collapse at the border, etc., etc. The spring added gray hair to the wholesalers, retailers, and the travel business. But as the summer came, we got relative stability (as far as it is possible in the current situation). The foreign currency exchange rate has suddenly improved, transportation corridors via Kazakhstan and Turkey have started to work, and Arab airlines began to bring Russians to the shores of oceans and seas three times more intensively. At the same time, the process of booking booths by regular and new (yes, we have freshers!) exhibitors, which had slowed down in spring, has renewed. I would like to take this opportunity to say thank you to all the companies that have already made deposits and confirmed their participation, not waiting for the conflict with Ukraine to end. Most of the diving and hunting goods brands will be represented at the February show by their Russian representatives. As of July, 28, this category is as large as half of the total number already, another 45% deferred their decision until autumn, and 5% refused to participate (mostly these were Ukrainian companies).

Among the largest exhibitors, who have confirmed their participation, we would like to mention Aquatex (Scorpena), Oceanwork (Frogman), Tethys (Aqualung, Apeks, Aquasphere), MPD (Salvimar), Diskus (Sargan, Cressi), TDE, OK Dive, Smart Dive, Molchanovs, Freediving Federation, Aquadiscovery, Рђqua Team, Leaderfins, Kayuk, NDL, SDI/TDI, IANTD Russia, Safari Tour, RuDive, Crocodile, The Fifth Element, SUP Travel, Avalon, Cuba, Malaysia, Maldives, Diving Project, Seabike and over fifty more participants representing all underwater and surface water activities. So, there is already a quorum, and in September we are to launch an extensive promotion campaign on social media and start preparation of a new social and entertainment program to run on the main stage and in the conference hall.

New times have changed the world map for Russian divers. The globe is conventionally divided into "friendlyвЂќ and "unfriendlyвЂќ countries. It is gratifying that we can find almost all "underwater activities" countries in the "green listвЂќ, i.e. Egypt, Maldives, Philippines, Indonesia, Mexico, South America and Africa, including all countries of the Red Sea region.

The Red Sea is worth a special mention. It is famous not only for Egypt alone, but the neighbors - UAE, Saudi Arabia, Sudan, Bahrain, Oman also have plenty of attractive ideas for divers. We are holding negotiations with the tourism departments of these countries. We hope to make the visitors of the Moscow Dive Show 2023 surprised by a large number of exhibitors from the Red Sea, the Persian Gulf and the Gulf of Oman, that have not yet exhibited at the Moscow Show.

Domestic underwater tourism continues to grow rapidly. The absolute top destination of the SummerвЂ™22 season is the Far East of Russia, absorbing dozens of large groups of divers, underwater hunters, free divers and their surface waters associates - boaters and surfers. Crimea has been affected by an air travel ban this year, but it is also a prominent destination if take a look through the social media feeds of travelers. We expect the next Show to attract a sufficient increase of small companies offering diving and travel in Russia. We have prepared a special "first exhibitingвЂќ offer for them (if you are interested in them, please send the requests to georgy@diveshow.ru).

Three days of intensive telephone conversations with leading players in the market helped me to see a real industry landscape, which IвЂ™m eager to share with you. Russian companies are doing quite well, the production facilities produce the goods, education systems continue to train, stores continue to sell, and diving centers continue providing their services. All entirely Russian exhibitors have confirmed their booth reservations for the Moscow Dive Show 2023.

As to the representatives of foreign companies, their most popular phrases at the beginning of conversations were like these: "No official statements. No mentions of the company and brands. We continue to work and have no plans to leave the Russian market. We have the goods, we make the shipments, everything is under control.вЂќ That is exactly the way things are developing now - the vast majority of European manufacturers continue to work with Russia and are not willing to lose their money. For the most part, these are old family businesses, passed down from father to son, and they are pretty well aware of how difficult it is to make money.

The delivery routes via third countries now are fine-tuned, though shipment became a little more expensive and longer, the main thing is that it works. Another factor, that supported the underwater goods retail, was the very date of the Moscow Dive Show. By mid-February, most of the annual supply volume of equipment had been delivered to Russian territory, and now most wholesalers have stocks of goods, providing their distribution in a normal way until the end of the year. To be fair it is worth noting that some brands have taken a rather tough position and stopped deliveries (but did not slam the door!). These are the companies that have contracts with NATO naval units, as well as subsidiaries of large holdings with huge turnovers, where they have to run businessin strict compliance with instructions and the holding policies. Additionally, several Polish brands have taken an active anti-Russian approach. But, of course, the global departure of brands from Russia is still a long way off.

During our "surveyвЂќ we paid special attention to clarifying the position of Russian representatives of "foreign" education systems. Here we saw the same similarity in answers: "We have not made and have no intention to make any official political announcements. We continue to support divers and instructors at the same level as before. We have no plans to leave Russia." PADI, CMAS, TDI/SDI, IANTD Russia continue their activities as before.

What if they shut off the gas? Well, we can turn off the gas, but the production of some equipment and components is still not localized in Russia in full amount. Furthermore, most part of it is not localized. The best situation we can see in wetsuits production - neoprene, threads, glue, and accessories come straight from Asia, and we had learned how to sew for the past 20 years. The same is true for carbon fins, weight systems, spearguns and spearfishing accessories, drysuits and undersuits & thermal garments. But regulators, BCDs, masks, and fins are almost 100% imported. In this regard, freedivers and spearfishers are not so much affected, while in diving there is no way to avoid importing now. So, the Turkish gambit shall help us: a container with goods can be sent to Istanbul, and Novorossiysk is not so far from it. 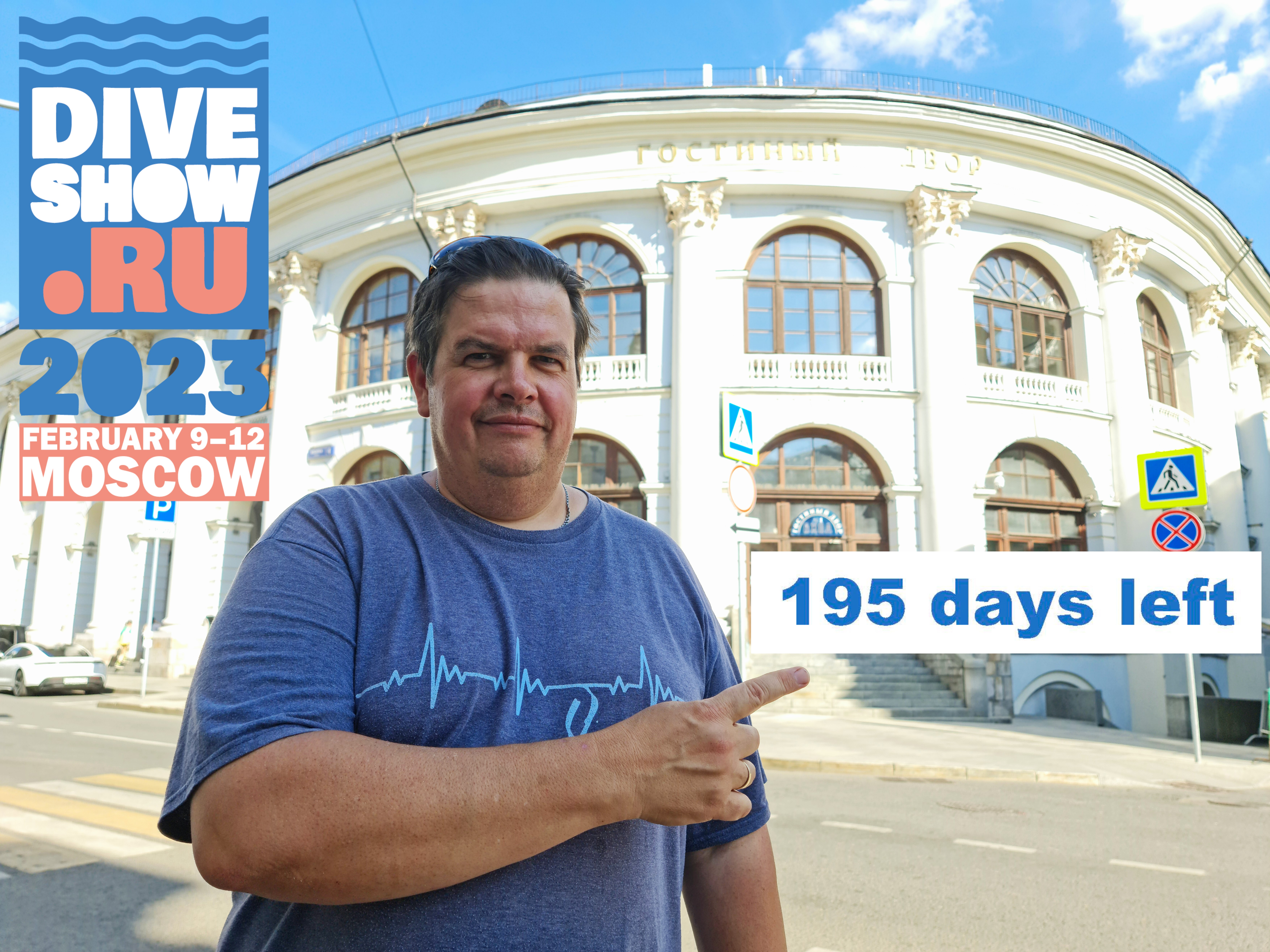